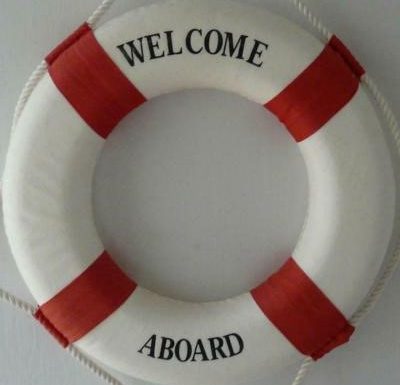 With a new British Prime Minister  and Governor of the Bank of England during the Covid Crisis  we have two major institutions under new leadership in 2020. The question is how will they cope with the pressure and the task ahead.

The first 100 days is the classic window of establishment, however, in both cases they do not have 100 days of comfort. Maybe 10.  So they are both working behind the scenes to eradicate the first 90 before they start.

As they take the helm, below are a few pointers which they might find useful on how to make the right impact as a new leader:

Core elements needed to be effective
There are two essentials defining leaders are described; What they do and Who they are. In other words the actions of leaders and what type of leader are is quite distinct.

[The paradox is that pre- assessment is mostly based on what has been achieved and to some extent who they are. Once in the job it is only the achievement that is monitored, yet why not both?]

What good leaders DO is have consistent clarity of direction and purpose. They know what they want to achieve and make sure that everyone else understands this direction. Like all great leaders, Ferguson was extremely focused at all times on the task in hand and his unquenchable desire to win. For him, everything revolved around soccer. Leaders have a unifying purpose, they bring everyone to the cause and everyone feels that they are part of the cause.  This is where Churchill was exceptional.  King was more collegiate.

Good leaders are perhaps above all authentic, they are real and other people see them for that.  They are not acting, they are behaving naturally. They are also serving; they serve the cause and they serve people around them, above them and crucially below them too.  This is an alien leadership concept to many, but the effectiveness of leaders who serve those beneath them compared to those that only serve those above is enormous. The self serving leader has a short life. Eisenhower really understood this.  This is vital; it speaks of  genuine purpose.

Good leaders have presence. This is not just about charisma, this is about being seen to be leading at all times, they are on the job 24/7 and part of that job is taking the temperature of the people around them. They listen and act on what they learn, not just what they think.

So what do the two leaders have to do in the first 100 days?

“Think first: What is it he is trying to do…what’s going on, where is he, what does he need to do first, and why?…A lot of things are going to go untouched for long periods of time, so where does he want to focus initial effort?”

In the first 100 days the basic plan must be built. This will address each of the major elements of the team, including strategy, structure, work processes, culture, etc.

* Work:  the basic, inherent tasks to be done by the team, and its parts.

* People:  learn the characteristics of the key individuals who perform the work.

* Formal organization:  the various structures, processes, and systems that are created to help the team and individuals perform their roles.

* Informal organization: the behavioural norms, patterns of influence and communications, and other aspects of the team culture.

They will need to consciously think about what role they will own and what roles they will delegate. This requires a deliberate and candid self-assessment of personal traits so they can be clear about how to be most effective in the context of the role. A good start point is to assess what cannot be delegated and set out to minimise the role by that principle.

To achieve the goals, they must actively involve people in the planning of new directions and implementing the changes at their levels. Once the leaders identify the key intents, they must constantly reinforce them by effectively communicating them to all stakeholders.

During their early days, each constituency may experience heightened uncertainty about the future and will compensate by making increased demands upon the leader. But he should be careful to focus personal energy and attention on the demands of a limited group; those that only the leader can address adequately: the executive team and the key players.

They must build and leverage the management team: To be successful, the executive and management team must become an extension of his personal leadership, a force that projects his vision, values, objectives, and requirements out into the organisation as a whole. Part of his responsibility is to build a team whose members possess the skills, experience, and personal characteristics to win. They must collectively share the technical and managerial expertise required to enable the team to meet its objectives.

Having plotted the course for a successful tenure as leader they must keep in mind things that have the potential to trip them up somewhere along the line if they don’t pay attention.

Avoid the ‘Saviour Syndrome’: leaders often assume a role where they  become the psychological focal point for many of their staff; in an almost mystical way, they become the personal embodiment of the institution, its values, its beliefs, and its future. This is of course unhelpfully reinforced by external stakeholders and media. While this can be a tremendous strength, it can be a double-edged sword if taken to the extreme. They must refrain from taking on all the issues and resist the tendency to be the organization’s saviour.

Mark Carney’s presence and shadow will be felt for some time at the Bank of England. Most will feel this but the new head must 100% ignore this factor and be his own man and lead in such a way that everyone accepts the new and different leadership.