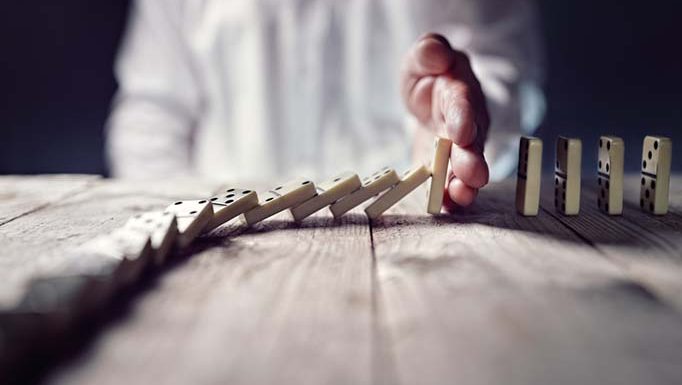 Spoiler alert, the next sentence is also not a cheerful one. There will be another financial crisis, not just a recession, a proper crisis though perhaps not of the magnitude of 2008-09. But unlike the last crisis it will have a wider impact. It will be farther-reaching than the near collapse of the banking system in the western economies ten years ago though it was far more than just the banks that suffered. This news is further tainted by the fact that tools to correct a recession are now less powerful given that many large economies are still in varying states of austerity; growth is still tepid in Europe and China is struggling to maintain growth and stability.  Oh but the US is forging ahead so why worry, er, there is one of the problems. But more of that in a moment.

The last crisis was a watershed but not as much as it should have been. The weaknesses of the financial system have not been eradicated sufficiently. For example, bank balance sheets are only marginally strong enough; a lack of separation between investment and retail banking; excessive sovereign and consumer debt. Oh, and another legacy, the banks were rescued but so too were many of the bankers. So many key elements are in place to  make us close to a tipping point.

Before 2008 there was confidence in a world order of stable democracies, self regulating markets, globalisation being a force for good and the rise of new economies as inevitable and desirable. Those have been critical elements to serve confidence, trust, investment and growth. Take any one of them away and it is damaging. But the truth is that all of these elements are now risk factors.

World order is far from stable with swathes of Latin America in economic distress including Brazil, the ‘B’ of the once vaunted BRICs. and China’s performance slipping at the same time as its democracy is being eroded and it is flexing its military and territorial muscles in the South China sea. India is on  respectable path but Russia is not only in economic trouble but seems to want to show that it is outside the received wisdom of Global order of political and economic probity. It is not playing by the rules.

The IMF has done a study of the effects of the last crisis. “91 economies, representing two-thirds” of global GDP experienced declines in 2009. Nothing like that had been seen since 1945. Compared to pre-crisis these economies also now have greater income disparities. Of the countries that suffered a banking crisis, 18 are high-income economies and nearly all of these have growth levels behind trend.

Output is also beneath pre 2009 trends in 60 per cent of countries that did not a suffer banking crisis; this proves the contagion effect. China’s stimulated growth of 10% was a big help to the rest of the world then but that effect has subsided. Western economies have been supported by radical monetary policy but fiscal policy did not have big enough tools in the box by comparison. Exchange rates have also been inflexible, especially in the Eurozone, which is one of the reasons for its sluggish growth.

Right now the global economy is in reasonable heath. So what would change that and why is this story a pessimistic one? It is a combination of factors, some already mentioned. The monetary activity that was the rescue remedy in 2009 is has also fueled debt. Lots of debt. It would not take much, such as another rate rise, for the consumer to draw in their horns (credit cards) and bring about a contraction. In the US the rate rise has already slowed consumption.

Income inequality is now much higher across the world. This has two risks. The aforementioned self-imposed debt control through consumer spending reduction but the other risk is more fundamental. The ‘left behind’ disenfranchised members of society are a large body and social unrest cannot be ruled out. The signs are already there. On the other end of the scale, the wealthy are harbouring and off–shoring their wealth rather than putting it into circulation.

The risk of social unrest is greatly exacerbated by the far-reaching authoritarian governments around Europe and the rest of the world. Democracy is in trouble.

Sovereign debt remains another risk. Greece is a still broke but a sideshow compared to Italy whose debt at 130% of GDP is higher than Greece’s debt in 2009.  Italy has a chaotic populist political leadership and wide ranging social issues. It is breaking many EU rules and the fight with the EU on its budget is in full swing.

The US is now on a spectacular deficit financed growth path. The national debt is rising faster than ever and there is a bull run on Wall Street helped by Trump’s outlandish tax cuts. This is a precarious stimulus policy and when one factors in the instability of the US administration and the real scope for it being unwound at any time we should perhaps be worried. A lot of crisis risks emanate from the US. Both sovereign and consumer debt are major risks but an escalation of a trade war with China is another hazard. It seems unlikely that the Chinese will be content to lose a trade war. This is not a zero sum game – it’s a minus sum game.

So if there is to be crisis where will it start? It maybe the ‘butterfly in the jungle syndrome’, a small trigger or tweet from an obscure source that sets things in motion and leads to a collapse in confidence.

When? Within the next eighteen months – hold on tight!