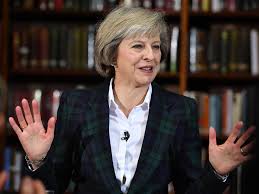 Stepping into a new leadership role can be daunting. New Prime Minister Theresa May, and the new England football manager, Sam Allardyce, will no doubt be feeling the pressure despite their credentials and soon there will be a new leader in Saatchi.

All eyes are on these people right now. They will all have a honeymoon period but these are getting shorter as the volume and intensity of scrutiny increases with modern media. Ms May will be judged on how she can successfully steer the UK through Brexit but before that she will be judged on he style and substance as a day to day leader. Mr Allardyce will be judged on how he can turn around England’s football fortunes after its disappointing performance at Euro 2016. For him the judgement is mostly about match scores.

Anyone who moves into a leadership position for the first time faces huge challenges to convince those that put them there that they made the right choice. Whilst it’s a time for celebration, some will fear how they will cope and what they need to do to lead people’s hearts and minds effectively and convincingly.

So how can you become a great leader and win the trust of your staff?

Act like the NEW leader from day one – set the tone of your leadership style from the outset. Be confident, self-assured and respectful with everyone you meet. Speak to people as you want to be spoken to and remember to listen. The first few weeks is when people will develop their perceptions of you, so work hard to earn people’s trust. People want to look up to the leader. When Phil Clarke took over as Tesco’s CEO he kept too much of the Leahy legacy alive which was a mistake, as were many of Leahy’s ventures. Clarke should have been more objective and independent minded. It was his undoing. It has fallen to the more recent CEO, Dave Lewis to act as the much needed ‘new broom’ to ruthlessly undo past mistakes and put the house in order. The new leader must set out the tone, values and culture that is desired, this will be key to effective change and progress.

Set bold goals – part of a leader’s remit is to set bold and audacious goals. Such goals could take years to achieve, but they need to be specific enough that everyone in the organisation understands them, buys into them and is willing to work together to achieve them. Therefore bold must also mean achievable. I would argue that Mark Bolland was not bold enough when he took the reins at M&S. He missed a great opportunity to really position and re-purpose M&S (non-food) in today’s retail environment. Will Steve Rowe be bold enough? Time will tell but I worry about the lack of young minds on the board and whether or not the institutional culture of M&S can be unwound fast enough.

Trust employees with the truth – and don’t do everything yourself. Great leaders, like Jeff Bezos and Richard Branson surround themselves with talented individuals who can offer their own solutions. Set the vision and determine the goals but trust people to make it happen. If they cannot then you must change people as rapidly as is prudent. Tolerance is good, indecisiveness bad. Communicate the vision for the future and if things need changing, tell people and involve them in making the changes. Show your confidence in them by letting them participate in the design of a new strategy. If the team is too cautious in their approach to change then give them one more chance but with greater clarity. Did Bolland do this in M&S?

Stamp out ‘them and us’ – according to Edelman’s 2016 Trust Barometer there is still a ‘them and us’ type of culture within many organisations with employees feeling very distant from senior management. Leaders need to be aware of this and stamp it out if they believe it exists in their organisation. The message must be clear that, ‘we all work together’ but leaders need to work hard to ensure this message filters through. Niall Booker, the new CEO of Co-Op bank after the disgraced Flowers was removed had to give this message to the staff for whom many it was for a time, embarrassing to be employed by the bank. None the less, his struggle continues and his pay package of £4m last year does not help remove a ‘them and us’ culture, rather the opposite.

Don’t rescue people from events – people learn by ‘doing’ and letting people work things out for themselves and make their own mistakes is part and parcel of growing as a person and an employee. Times may be tough and change may be complex to cope with but if the CEO wants maximum energy behind the mission then don’t wrap them in cotton wool and don’t let them hide behind processes. ‘The computer says no’ culture is a cancer on most large organisations now. Speak to a BT or Vodafone call centre for this experience.

Allow time for innovation – it’s important to give people time to innovate and come up with new ideas, different ways of doing things, and solutions to problems. However, be very clear that a decision is expected; set a time limit for this and stick to it. Allow time but be mindful that a good pace is better for business energy.

Honour the business roots – the winning formula for business success will no doubt have been created many years ago – but it’s important to remember how the business started. Honour those early pioneers and instil a sense of pride across the entire organisation. J Sainsbury is a great example of this. The legacy is of a small high street delicatessen type of store. This is still reflected in the brand but not well enough. If Sainsbury wants to promote quality then it has some historical proof to fall back on in a way that no other food retailer has. At Nestlé’s headquarters there is an impressive museum to the legacy, talent and values of the business. Employees are energetically inspired by it.

Be decisive – There is little point having a leader incapable of making a decision, even if it turns out not to be the right one. Being indecisive can undermine confidence and trust. Leaders must lead, take a chance and make a decision based on the facts to hand at the time. This is the core skill of any successful leader. Gordon Brown as PM lost much of the confidence of his close allies when he failed to decide to call an election that he could have won with some ease. A lack of decision-making and clarity of purpose will lead to a very rapid loss of support and credibility.

Be radical, act swiftly – leaders need to be the ones to take a risk and be radical in their thinking. Playing it safe was never a good business rule and leaders need to make sure their business stays ahead of the game by acting quickly on new ideas and innovations. In the vein of radical perhaps the CEO of the Co-op should waive his salary for a year to get the energetic support f his staff.

This was first published in The Guardian August 2016